New development in neuro-spinal surgery and precisely in minimally invasive spine surgery (MISS) has now grown to an enviable status due to its high level of effectiveness, minimal recovery time and safety. Percutaneous Laser Disc Decompression (PLDD) is one of the less invasive procedures for pains caused by herniation, a slip in the disc. Percutaneous laser Disc removal techniques such as this are a good alternative for people who cannot undergo open
surgery. Percutaneous laser Disc removal procedure is often carried out under local anesthesia.

It is quite interesting today that there are alternative methods for treating pains of the back. More so, when open surgery is not the case, treatment can be delivered in no time to give the needed relief. Percutaneous laser Disc decompression may still be new in a way but has gradually taken a strategic position in helping people find relief for their pains. as a less invasive technique, the cost of carrying out the procedure is not as expensive when compared to open surgery.
Owing to is minimal invasive approach, there is low risk of structural damage to the ligaments, bones, muscles and nerves of the body.

Certified by the American Medical Association, Percutaneous Laser Disc Decompression procedures are straightforward and simple. This gives the reason why the method is performed on an outpatient basis; you are free to go home moments after the process. the recovery process is much quicker because there is no large incision like in open surgery to deal with.
The use of lasers in surgery has been a medical breakthrough. Talking about percutaneous laser surgery, the aim is to enhance the healing of nerves that are affected by the collapsed disc. It is done under local anesthetic. The procedure is most interesting because open surgery won’t be needed. It only involves using a laser instead to vaporize the affected parts of the disc causing undue pressure on the nerves. The process is 100% accurate and performed with CT imaging guidance.

The patient is asked to take a good position on the CT scan table. After the specialist places the sterile drapes, the CT scan identifies the level of the treatment. This is followed by placing to needle centrally in the nucleus of pulposus, parallel to the end-plates. The patient is observed for about 15 minutes after the procedure and is free to go home afterwards.

The main advantages of Percutaneous Laser Disc Decompression over traditional open disc surgery include;
• The procedure is executed as an outpatient process instead of the usual six weeks or more hospitalization for open surgery.
• It is faster and gives almost immediate relief of pains and related symptoms
• It is a safer option with a lower risk of complications unlike open surgery
• It is a less invasive surgery with only Less tissue injury.
• No bone is damaged to allow instrumentation to get to the disc as the laser is guided by imaging without the need for open surgery and instruments.
• There is No epidural fibrosis or any scarring of the spinal cord resulting from the surgical procedure.

Who is Percutaneous Laser Disc Removal Technique (PLDD) for ?

Disc herniation ranks as one of the major causes of lower back pain. The treatment has different measures and approach to taking care of the situation. Most patients get their treatments in primary care. A few others may go through a secondary care which can involve surgery. Percutaneous laser Disc removal is a suitable alternative to treat herniated lumbar disease.

Percutaneous Laser Disc Removal Technique is suitable for disc problems that have other connecting issues such as:

Studies have shown the effectiveness and safety of Percutaneous laser Disc decompression for the treatment of pains on the back and neck. PLDD has since helped to give relieve to many who have taken to this mode of treatment instead of open surgery. 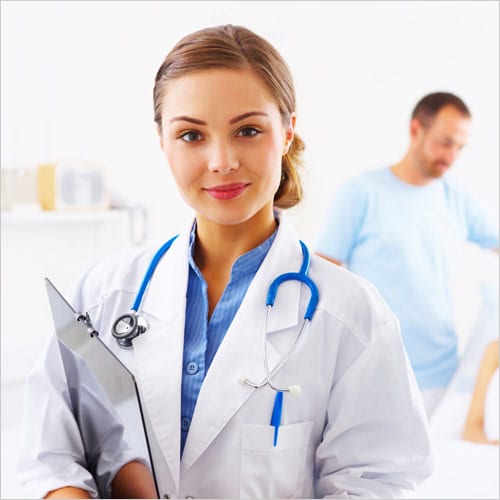